So whats the difference between truck steps and running boards! Glad you asked! Well, they can both have many similarities to each other. Generally, running boards are flat in shape – pretty kinda plain jane, and truck steps are actual individual steps with specific places to put your feet. Below is an example of a running board as opposed to a truck step. Notice the relatively flat wide surface area to place your foot. This particual running board is long enough to incorporate both front and rear doors on this crew cab 4 door truck making it very easy for the driver and passenger to enter and exit the vehicle. Notice the rubber pads which give a non-split skid resistant surface, a good idea in wet or icey conditions.

Now we will talk a little more about truck steps. These are available either as one or two steps incorporated into on piece bolted to either side of the truck or they can have individual steps for driver and passengers. Example below. Notice the individual steps welded to the bar.

Many many years ago when Henry Ford pioneered the production line method of mass producing his Ford cars and trucks, he had some great ideas that revolutionized the way cars were made.  One of the things he designed into his Ford vehicles were running boards so people could easily step up into their Ford car or truck. Typically they were installed between the front and rear fender.  They were even used for storage of certain items. 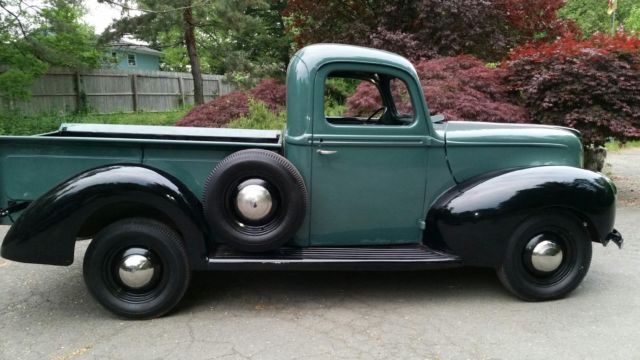 As the decades rolled by, vehicle designs evolved and cars were made to sit lower and lower to the ground. This eliminated the need for running boards for cars. However, they continued to be used for trucks and commercial vehicles as these types of vehicles were higher off the ground and harder to get up in to. Today running boards are still installed on Ford trucks and suv’s and no longer installed in cars. Shown above is the ever popular Ford F-150 complete with aftermarket Ford running boards installed. These particular ones are extruded aluminum and powder coated black. They are designed specifically for the 2015, 2016, 2017 Ford F-150 pick up truck. These particular running boards are also available in brushed aluminum for a very attractive look.

At Running Board Central, we offer a variety of truck steps for many Ford models. We have them for the F-150, F-250, F-350 trucks, along with Ranger and Ford suv’s.

This may be a dumb question, but what is a running board anyway? It’s actually not a dumb question at all! Running boards were first used on some of the very first cars on the road. And still in use today, they are still referred to as “boards”. Aren’t “boards” like pieces of wood? Yes and that’s what they used to make running boards out of. You would have thought after all these years, they would have come up with a more modern name? How about “mounting platforms” or something like that. But no, they are still called “running boards”. I guess some things never change! The picture above shows us one of the first types of running boards used on cars. These old cars had to have a board to step on to as it was part of the design concept and made it a lot easier to get into the car!

We’re going to discuss a little about accessories for your truck or suv. Here at Running Board Central dba American Truck n’ Auto Accessories, we specialize in many makes, styles, varieties and finish of running boards, nerf bars and side steps for trucks and suv’s. Tired of climbing directly up into your truck? It might be good for your Chiroprator’s pocket book but it’s not good for you! We carry running boards, nerf bars and step bars for your Chevy, Ford, GMC, Dodge, Nissan, Toyota and much more.